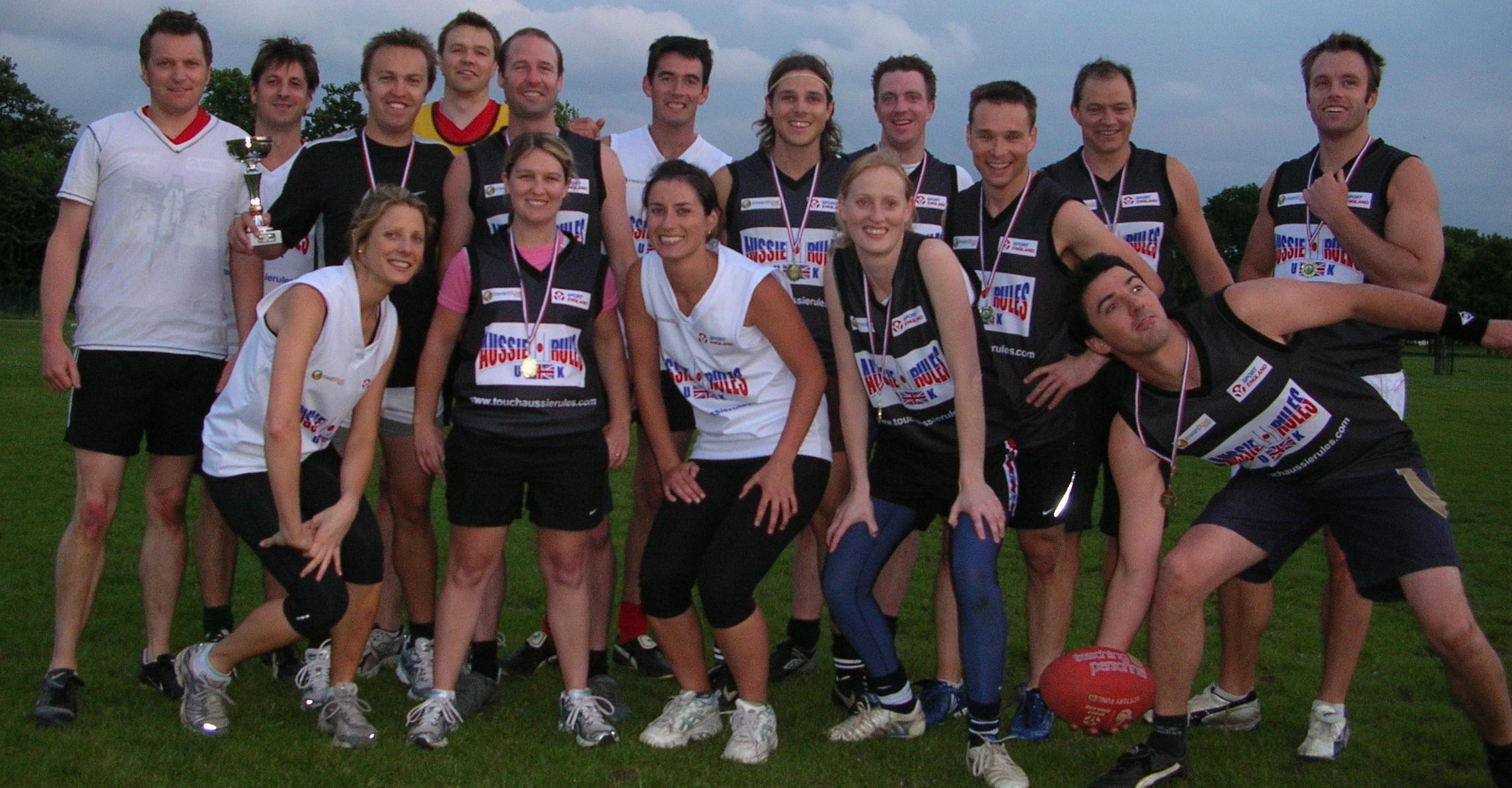 I established Touch Aussie Rules in London in 2005. Initially aimed at expats living and working in London, it soon began to attract the locals as well.

Matches were played at Clapham Common and there was enough interest to run both spring and summer competitions, three nights a week. It was great fun.

Touch Aussie Rules is played on a soccer sized field with portable posts. Teams consist of 7 players, two of which have to be females. When a player is touched, he or she must dispose of the football by either a kick or handball.

Because Touch Aussie Rules is mixed, non-contact and social it became very popular in London and was well supported by a range of sponsors.

It is now played in Melbourne in various locations, under the banner of Footy 7s.

Events held as part of Touch Aussie Rules include Champions League (matches between winners of each league) and international matches, including Australia v New Zealand.