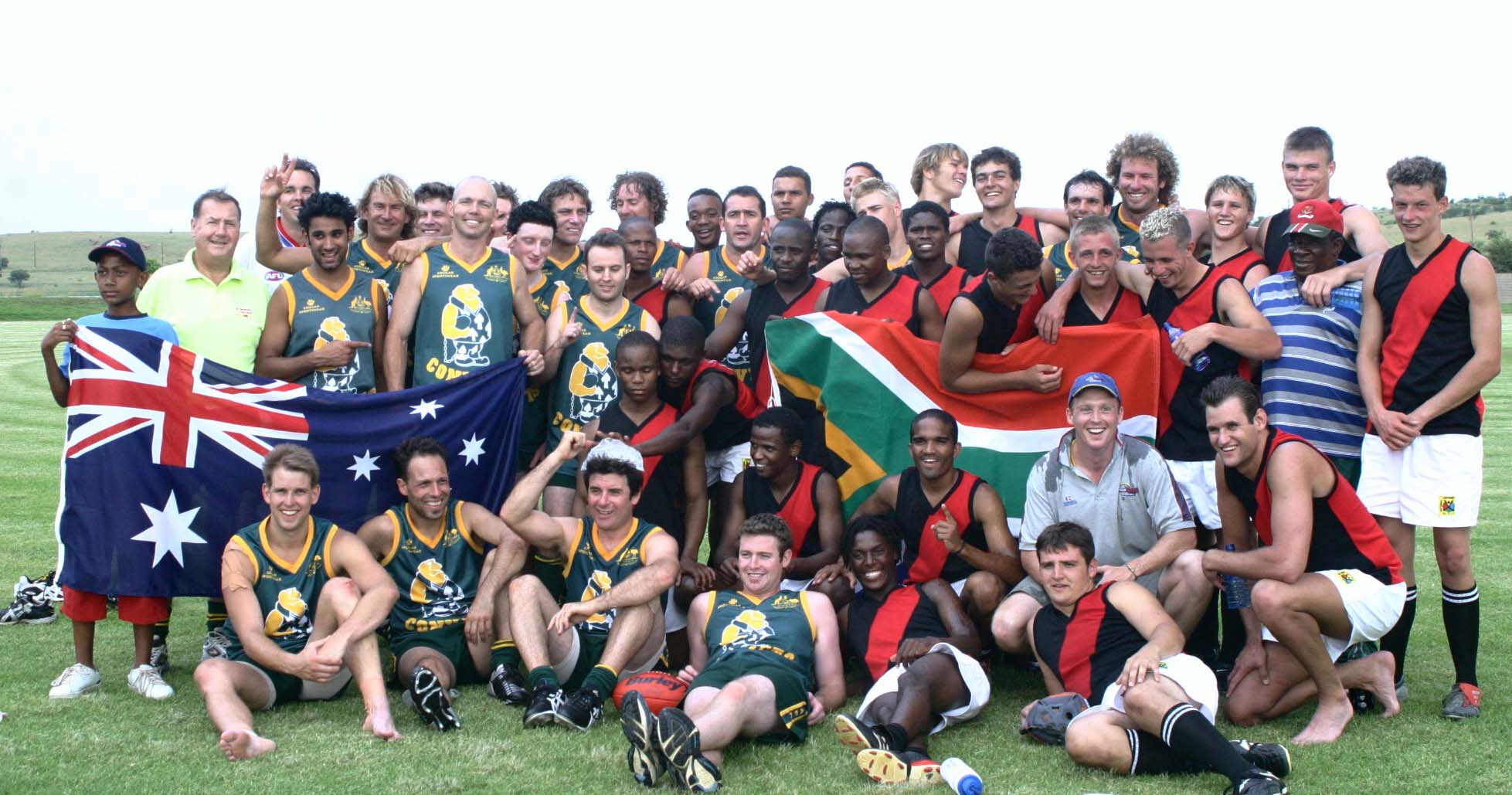 I created the Australian Convicts in 2003 to assist in the promotion and development of Australian Football internationally.

The first ever Convicts trip was to Europe, with players and officials coming from all over Australia. We met each other at the airport as strangers and ended up becoming great mates. We had great fun playing and promoting our great game in Europe.

Our second Tour was to South Africa and it was an amazing footy safari! We played 3 matches against the South African team, which they later told us they had found invaluable preparation for the AFL International Cup in Melbourne.

Over the years the Convicts have played international matches against teams in England, Spain, Germany, South Africa, USA, Canada, Chile, Argentina and Brazil.

A highlight of the tours has always been running junior coaching clinics for local kids, as per the video below.