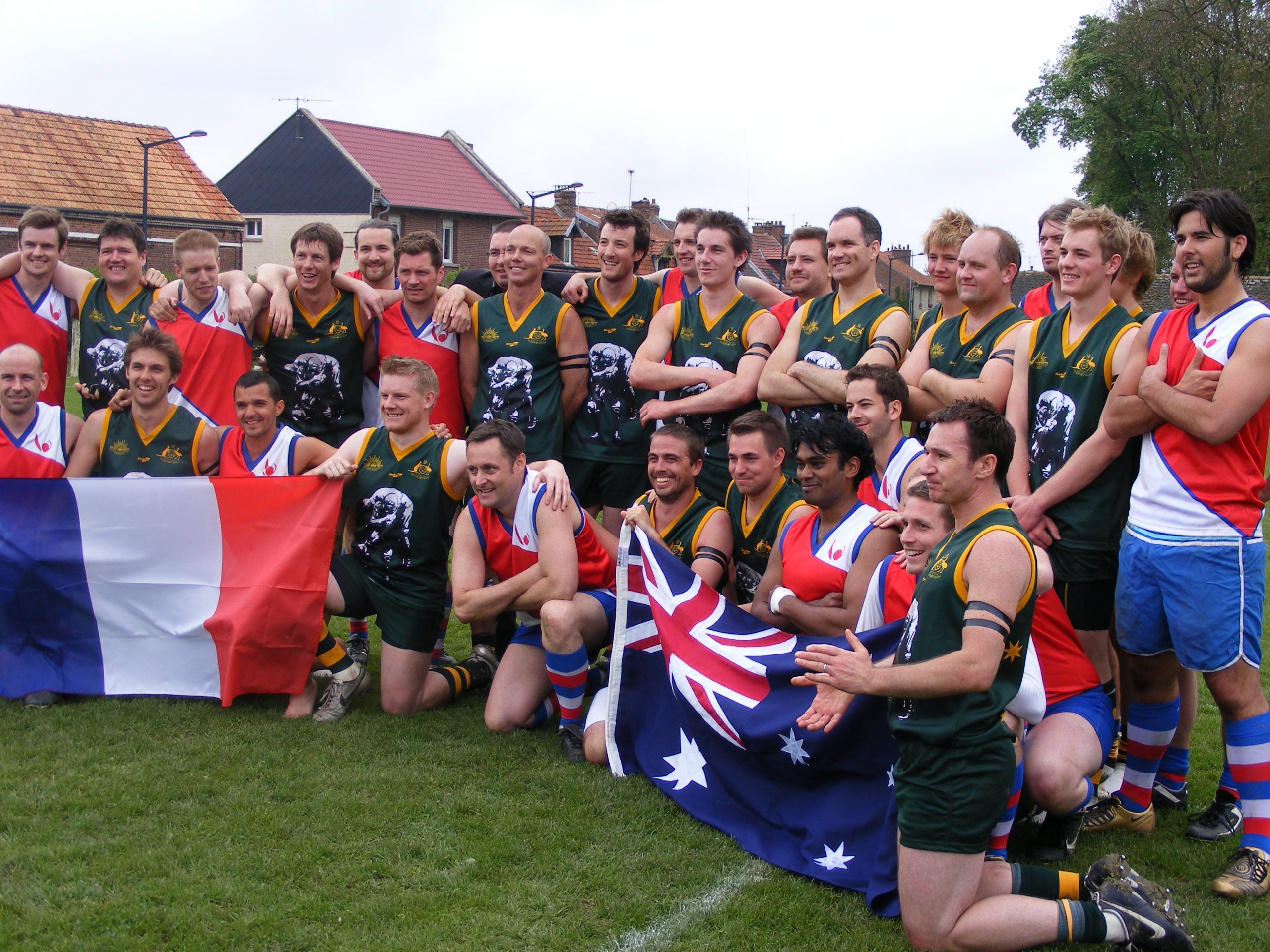 The inaugural ANZAC Cup was held in Villers-Bretonneux, France, on the weekend of 25/26 April, 2009. As part of the team at Aussie Rules Europe, my responsibilities included planning, logistics, recruitment of the Australian team, design and sourcing of uniforms and media promotion.

An official part of the ANZAC Day commemorations, the game saw a French side playing against an Australian team (the Aussie Spirit) made up of expats based in Europe.

The match was a tribute to the French and Australian soldiers who fought side by side in The Great War so many years ago.

Prior to the match I conducted a junior coaching clinic for local French children, who were all thrilled to receive their very own football afterwards.

I came out of retirement to play in the match, although my body took a long while to forgive me. There was no way I was going to miss it, however, and it was a real honour to play in the inaugural ANZAC Cup. Lest we forget.

The ANZAC CUP is now an annual event on the European AFL calendar.