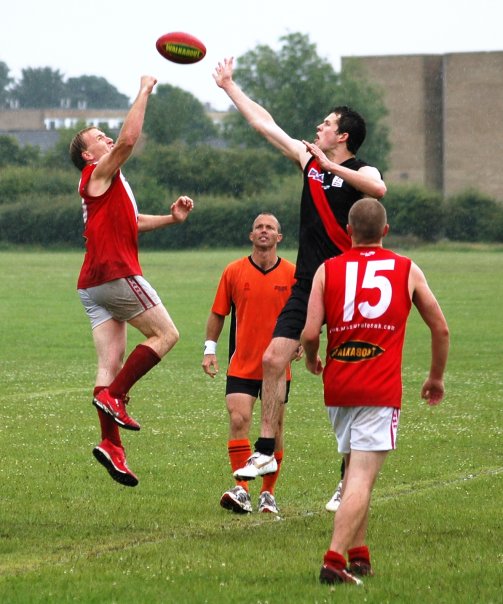 I first started umpiring when I was still playing, spending a year as an umpire in the AFL Queensland competition. I started out as a boundary umpire before switching to field umpiring.

Since moving to Melbourne I have umpired in the Southern Football League (SFL) and the Victorian Amateur Football Association (VAFA).

Because of my involvement in international footy I have been lucky enough to umpire grand finals in Nauru, Samoa, Japan, England, Scotland, Sweden, Netherlands, Italy, the Philippines and Dubai. I have also umpired matches in the USA, Chile, Wales, Croatia, Czech Republic, Denmark, France, Germany, Lithuania, Thailand, Kenya, South Africa and Mozambique.

Another highlight was umpiring the Grand Final of the inaugural 16-a-side European Championships in Malmo, Sweden.

In 2019 I umpired a total of 100 matches, including VAFA, Reclink, women’s footy and school footy. Bloody tough but very rewarding.

Umpiring is not always an easy job as players and supporters can be very passionate and are always eager to give you plenty of advice and feedback! But it’s something which I really enjoy and it’s a great way to stay involved in the game.