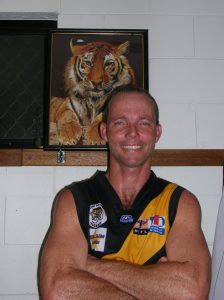 As a senior footballer I was lucky enough to play under Michael McLean at Nightcliff (Footscray, Brisbane Lions) and John Northey at Broadbeach (Sydney, Melbourne, Richmond, Brisbane). The coaching knowledge they passed on was invaluable.

My major sport was American football, which I discovered whilst at university. I was selected to play in an Australian touring team, the Kookaburras, which traveled to the USA to play a series of matches. I also represented Australia in an international test match against New Zealand at North Harbour Stadium in Auckland. I was invited to bring an Australian team to Hawaii to participate in the Volcano Bowl, a real highlight as we also attended the Pro Bowl as guests of the NFL.

Another highlight was being invited by the Kiwis to play for the New Zealand gridiron team during their Australian tour. It’s nice to be a dual international.

At the EU Cup in London and Hamburg I had the opportunity to play Aussie Rules for the Netherlands, my country of birth. Although footy is only a minor sport in Europe, it was a very special moment for me.

I came out of retirement to play one final match of Aussie Rules at the inaugural ANZAC Cup in France. The French certainly tackled with enthusiasm, but it was a great way to finish my career. 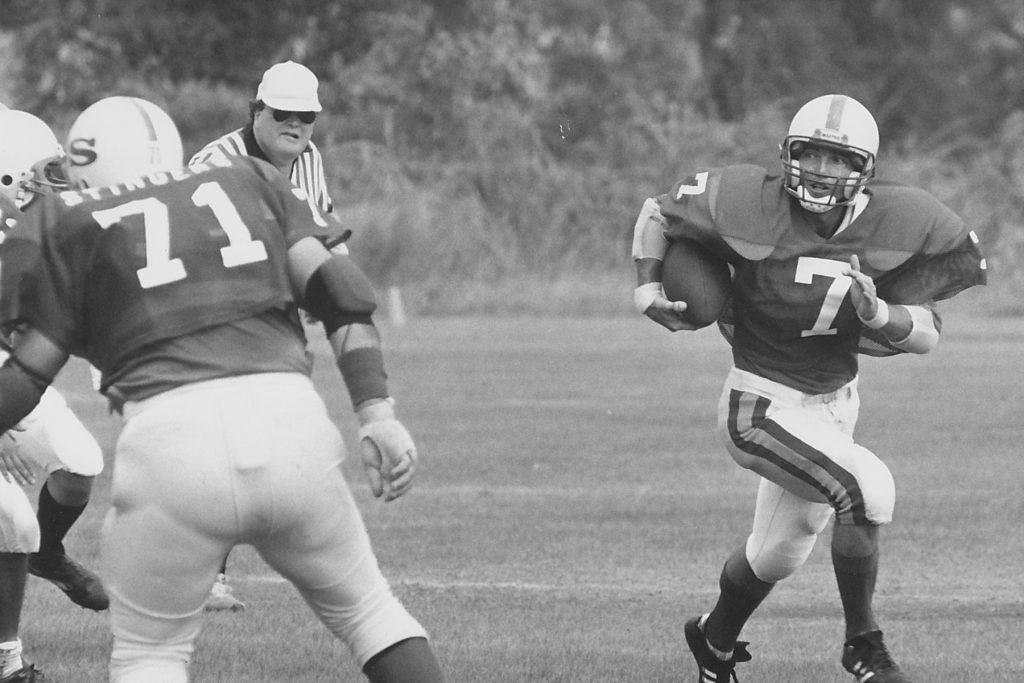